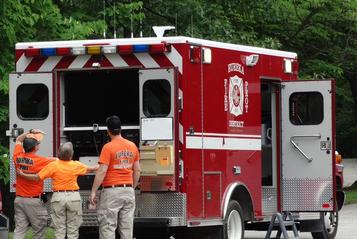 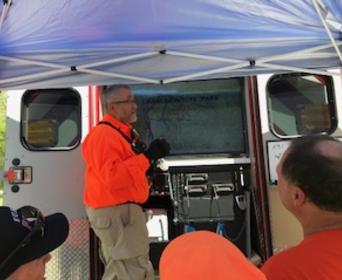 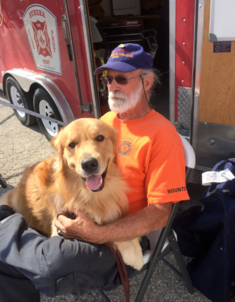 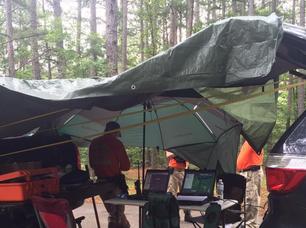 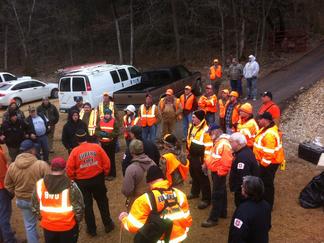 In 2011, the Eureka Fire and Rescue Team responded to 47 calls for service, including three calls to areas in Illinois.  In the final call of the year, the team responded to a call on Christmas Eve to assist local fire and law enforcement officials in Wentzville, MO on search for a missing 70 year old man who wandered away from his house.  Our dog teams tracked the individual to a local interstate, where it was later learned that he had caught a ride to another area.  The team also responded to two calls for assistance in the aftermath and recovery from the EF-5 tornado that struck Joplin, Missouri in May of 2011.  Each time, canine teams accompanied by members of the ground team were given assignments to search for and recover victims from the disaster. 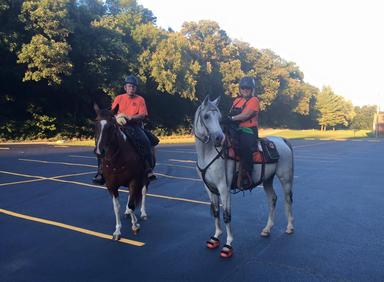 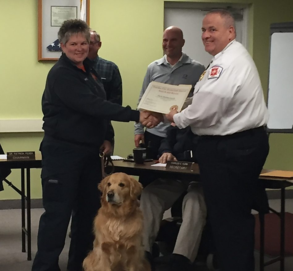 Searching for the lost & missing... 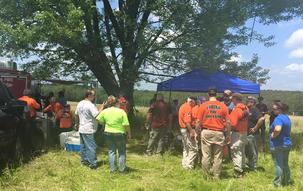 In 2012, the team responded to nine calls for service.  Team members assisted law enforcement and fire officials in Pacific in early August in searching for a 12 year old boy who went missing near the Meramec River during a family outing.  The team’s initial efforts led to the discovery of the boy three days later and a commendation from the St. Louis County Chief of Police.  In October, a missing 11 year old girl was found nearly deceased from hypothermia by a team canine.  The girl was taken to a local hospital, where doctors were able to release her to go home the next day.

Eureka Search and Rescue Team sponsored the Canine Search and Recovery 2012 Conference in October at Camp Wyman in Eureka, Missouri.  During this week long training event, 94 canines and their handlers received quality training in a variety of courses and the opportunity to network with other handlers from 20 states.  Through this event, the team also built relationships with area businesses and organizations, which it hopes to continue with in the future.

2002:  Eureka Fire Battalion Chief was in a staff meeting with other admin/command staff when someone started talking about starting a mounted search team. The Battalion Chief rode horses and had several friends that he trail rode with. He gathered these friends and the Eureka Mounted Search and Rescue Team was born. Team members became involved for a variety of reasons and the foremost were the love for horses and the desire to help or give back to the community. The first search was the Shawn Hornbeck case.

While the team is sponsored by the Eureka Fire Protection District, it is not fully funded by the district.  The fundraising efforts organized through the Association for the search and rescue team assist the team with purchases of equipment and supplies, such as two-way radios, GPS units, search packs, as well as funding training opportunities to improve the team’s operations.

SEARCH & RESCUE TEAM ACTIVITIES AND ACCOMPLISHMENTS
The Eureka Fire Search and Rescue team The Eureka Fire Search and Rescue Team has taken a lead role in establishing standards for search and rescue teams in the State of Missouri.  Working with the State Emergency Management Agency (SEMA) in early 2011, our team leaders assisted with the establishment of standards for canine teams and search and rescue teams.  These standards were put to the test during the Joplin, Missouri tornado response and recovery, and ultimately demonstrated what teams were valuable and those that were not.  Team managers are now working with the same state officials to legislatively establish accreditation and certification standards for these types of teams.

PROGRAM SUPPORT
The Eureka Fire Search and Rescue Association was established in 2011 as 501(c)3 charitable organization to promote and support the programs and mission of the Eureka Fire Protection District through fundraising and grant writing.  Until recently, the organization has primarily supported the Eureka Search and Rescue Team.  In 2014, the Association was asked by district administrators to assist with two other initiatives: Firefighters Memorial outside of the Training Center and the promotion of “Red Shirt Fridays”.  The Association has also worked with the newly organized Eureka Junior Firefighters group to provide for joint funding.

2003-2004: The team grew to have approximately 35-40 members - all mounted.  At the same time though, a training program was established to actually train on search and rescue. In addition, fitness and performance standards were implemented.

2011: Eureka Fire Search and Rescue Association was established as a 501(c)3 charitable organization to promote and support the programs and mission of the Eureka Fire Protection District. A specialized unit of the Eureka Protection Fire District, our team is composed of about 40 volunteers who train year round to be ready to respond at a moments notice to emergency situations ranging from missing children to Alzheimer’s ‘walk-aways’, Cold Cases to disasters like the tornado in Joplin and the recent historic floods of December 2015.